SpaceX founder Elon Musk said he was “overcome with emotion” after NASA astronauts Bob Behnken and Douglas Hurley launched into space on Saturday. The SpaceX founder made history on Saturday, May 30 as his Falcon 9 and Crew Dragon spacecraft saw the launch of two astronauts from US soil in nine years. SpaceX also became the first private company to send humans into orbit. The pair of NASA astronauts are on their way to the International Space Station (ISS) where they will dock this afternoon.

Where is the ISS?

The ISS is the third brightest object in the sky.

But while this high-flying satellite can be seen from the ground, it passes by very quickly. 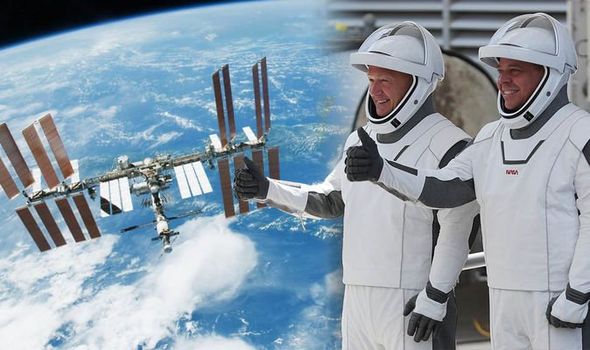 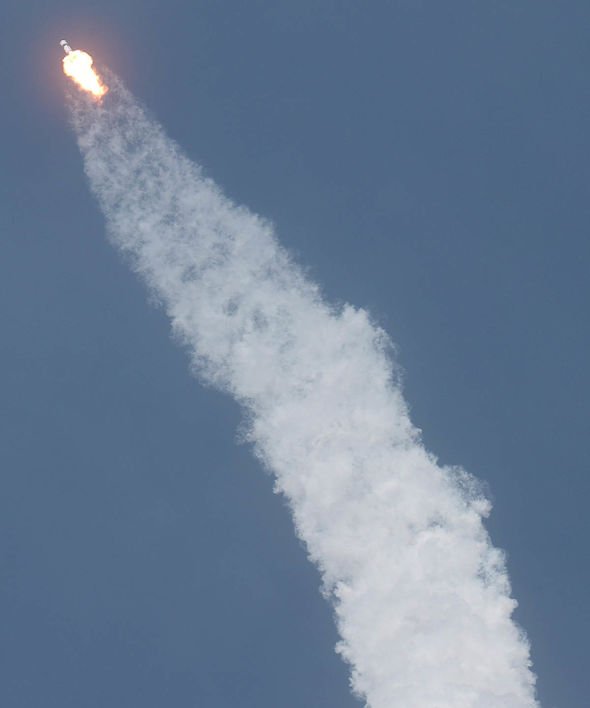 This means the Space Station orbits Earth (and sees a sunrise) every 92 minutes.

In 24 hours, the space station makes 16 orbits of Earth, traveling through 16 sunrises and sunsets.

Because of its speedy nature, if you’re trying to spot the ISS, it helps to know where to look.

Thankfully, there are some really easy to use tools to help you do just that. 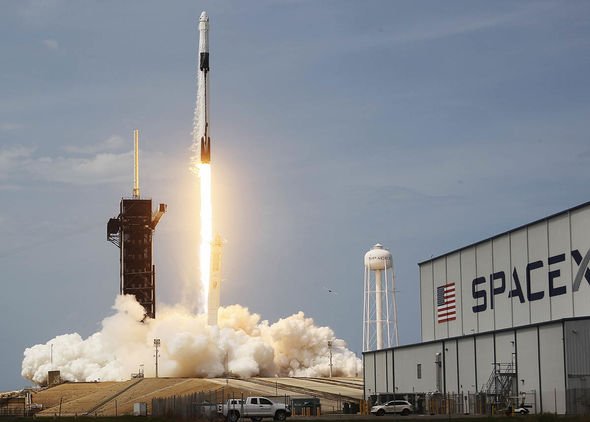 When can I see the International Space Station today?

The space station can be seen from more than 6,700 locations worldwide.

NASA officials said the space station is most visible in the sky at dawn and dusk.

The ISS will appear as a bright light moving quickly across the sky, due to how fast it is travelling.

The ISS can also be seen from the ground using a new interactive map called Spot the Station. 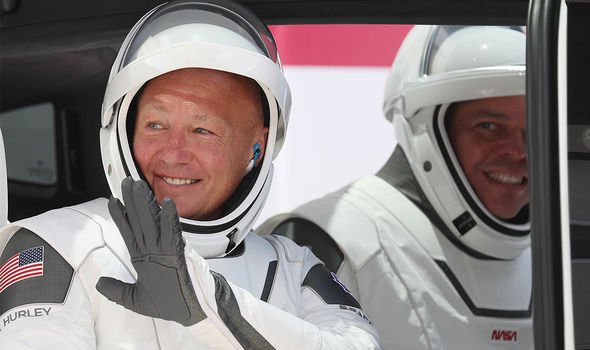 NASA says: “Spot The Station will give you a list of upcoming space station sighting opportunities for your location.

“If your specific city or town isn’t listed, pick one that is fairly close to you. The space station is visible for a long distance around each of the listed locations.

“To look up viewing times for any location on Earth for the ISS and dozens of other satellites, please use NASA’s SkyWatch application.”

NASA schedule for May 31 – all times EDT

NASA TV’s coverage of the mission will be continuous from launch through the post-arrival news conference on Sunday.