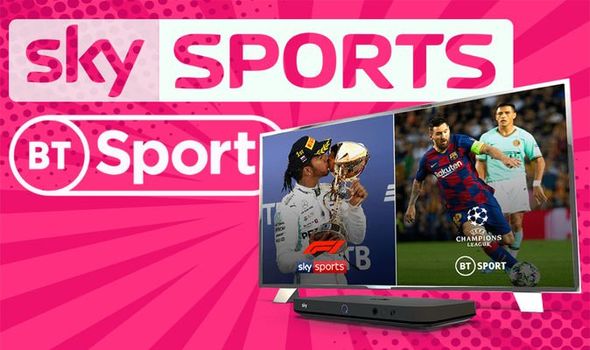 As sporting fixtures across the globe were shutdown, Sky Sports and BT Sports viewers were given the option to pause their subscriptions to reduce their monthly bills until matches restarted. With the Premier League set to return to screens on Wednesday June 17, football fans will finally be able to enjoy live matches again. However, that means Sky Q, Virgin Media, EE TV and BT TV customers will see their monthly bills increase to almost pre-pandemic levels.

How much can you expect to pay when the Premier League restarts on June 17? Well, that depends on your provider. It turns out Sky Sports and BT Sport have both devised very different approaches to restarting monthly bills – and how much they’re going to charge you for the first few sporting fixtures scheduled to air in the coming weeks. Here’s everything you need to know …

Sky Sports: How much will you be charged when sport restarts on Sky TV?

If you decided to pause your Sky Sports subscription when the UK broadcaster first made the option available, Sky will now restart your monthly bills in June. Fortunately, Sky will not charge you for an entire month. Sky says “you will not be charged for Sports for any days before 19 June 2020”.

And while billing will resume – Sky is aware that Sky Sports subscribers won’t find the same number of live sporting fixtures as a few months ago and will reduce the amount.

So, the company plans to only charge subscribers for the Sky Sports Premier League and Sky Sports Golf channels. If you don’t subscribe to either of those, you won’t see any increase to your monthly bills for now. If you subscribe to the complete suite of Sky Sports channels, you won’t be charged the full amount – since only two channels have restarted billing.

According to Sky, those who subscribe to the Sky Sports F1 channel will not be charged until the first live 2020 Grand Prix is broadcast.

Although the Premier League plans to restart on June 17 with two postponed games, the first round of fixtures don’t kick off until the weekend of June 19, 2020. Sky Sports has the rights to 64 of the remaining 92 Premier League matches – with 39 of these exclusive to the Sky Sports Premier League channel. 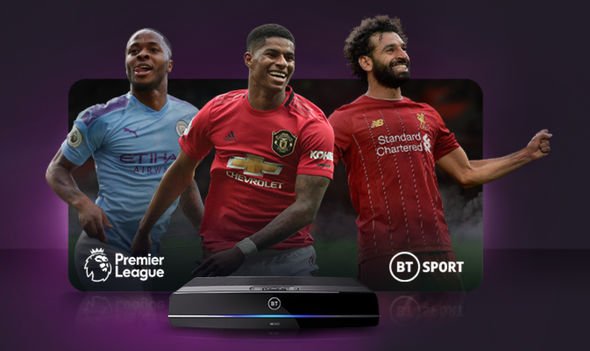 BT Sport: How much will be added to your monthly bill when Premier League restarts?

Just like Sky TV, BT Sport viewers won’t be charged for the full month. Since the football restarts on June 17, BT says it will be “offering customers a further bill credit to the value of 50 percent of their BT Sport monthly subscription”. The same is true for those who opted to donate their subscription fee to the NHS. An extra 50 percent will be donated to NHS Charities Together Covid-19 Urgent Appeal this month.

If you haven’t already applied for a bill credit from BT, but still want to take advantage of the 50 percent credit in June, BT will let you apply from June 1, 2020 on its support pages.

Things are a little different if you subscribe to BT Sport via your Sky TV box. In that case, Sky will apply the same rule as its Sky Sports channels. That’s to say, customers will not be charged “for any days before 19 June 2020”.

In a statement about the restart, BT told Express.co.uk, “We’re delighted to see the provisional plan to restart the Premier League next month. Should all proceed safely, we look forward to broadcasting 20 Premier League games to our BT Sport customers. With the return of live Bundesliga, UFC and now the Premier League in June, we can confirm that as a gesture of goodwill we will also be offering customers a further bill credit to the value of 50 percent of their BT Sport monthly subscription.”