In the capital of Italy’s Lombardy region – which has been hit particularly hard by the recent pandemic – a piece of artwork shows “Pope Francis begging, his cassock in tatters,” according to reports online. The piece in question shows what appears to be the leader of the Catholic Church lying on a cardboard mattress, using his famous briefcase as a pillow, with a cup filled with banknotes.

The artwork is the creation of Italian activist AleXsandro Palombo, who said his paintings were a call for solidarity in the face of a sharp rise in poverty caused by the coronavirus outbreak.

A statement earlier this week read: “Today, more than ever, we need to be aware of the needs of others, of those who are going through or are about to go through a moment of extreme need.

“Each one of us can make a difference by helping the most fragile families, and all those who have now fallen into poverty.

“This is the time to understand that the future is about generosity and solidarity.” 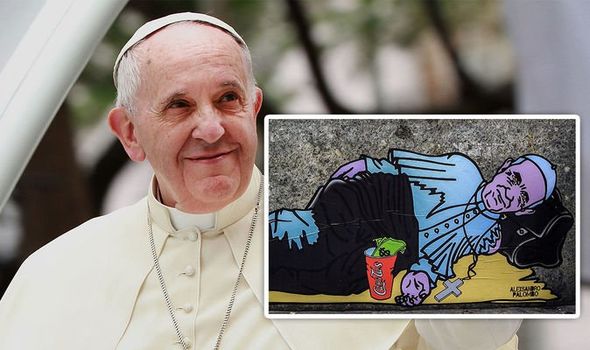 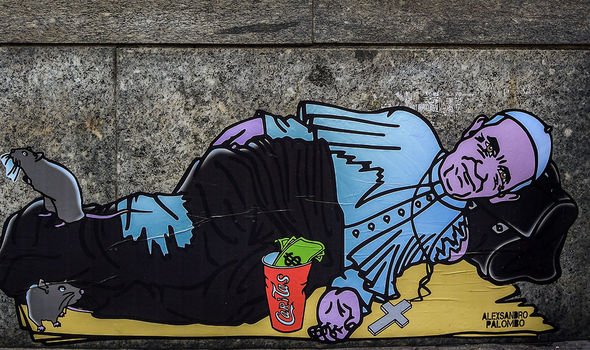 But, his series is sure to spark anger in the Church, as they appear to be a breach of the Ten Commandments outlined by God in the Book of Exodus.

“You shall not bow yourself down to them, nor serve them, for I, your God, am a jealous God, visiting the iniquity of the fathers on the children, on the third and on the fourth generation of those who hate me, and showing loving-kindness to thousands of those who love me and keep my commandments.”

Mr Palombo’s paintings appear to be making an idol of the Pope himself, a breach of the teachings that only God is the true provider of life. 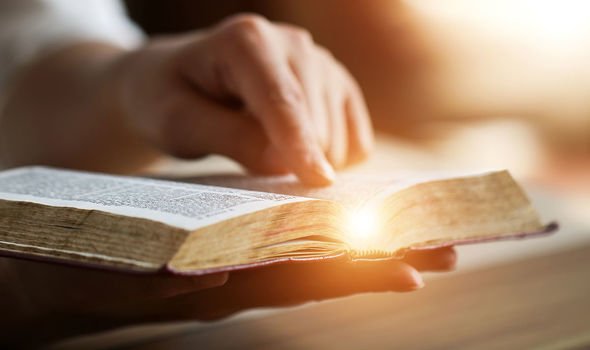 The second book of the Bible warns of such behaviour when God punishes the Pharaoh’s of Egypt for worshipping their own gods, unleashing ten plagues and freeing the Israelites from slavery.

They serve as “signs and marvels” given by God to answer Pharaoh’s taunt that he does not know the true Almighty, he states: “The Egyptians shall know that I am the Lord.”

While the 10 Plagues are thought to be a warning from God for future punishments as well, it is not the first time the Italian artist has expressed himself through the Bible. 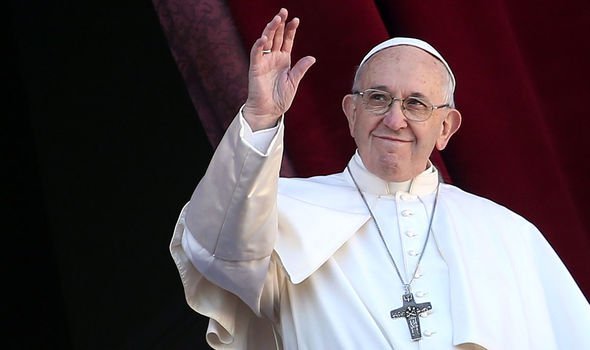 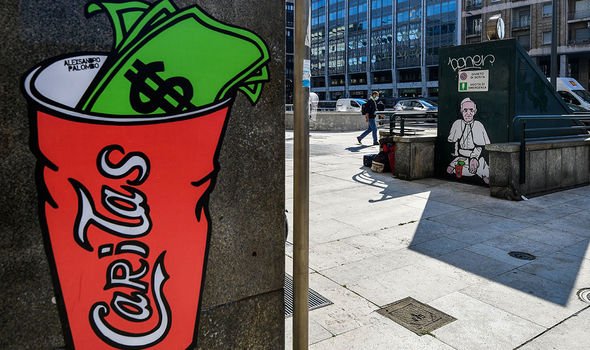 Another of his new series also shows the Madonna and Child begging.

Mr Palombo, 46, is renowned for colourful work which uses satirical art to raise awareness of social and cultural issues.

Among his other controversial paintings are “Disabled Disney Princesses” and “The Simpsons Go To Auschwitz”.