Facebook’s experimental product vision has released yet another app positioning itself as a hub for fans looking to engage with live-streamed events.

The app, called Venue, which was created by Facebook’s New Product Experimentation team, acts as a ‘second screen’ for when users are watching sports or other live-streamed events.

Notably, the idea of a ‘second screen’ would mimic rival platforms like Twitter which is often used as an accompaniment for aggregating updates on live events. 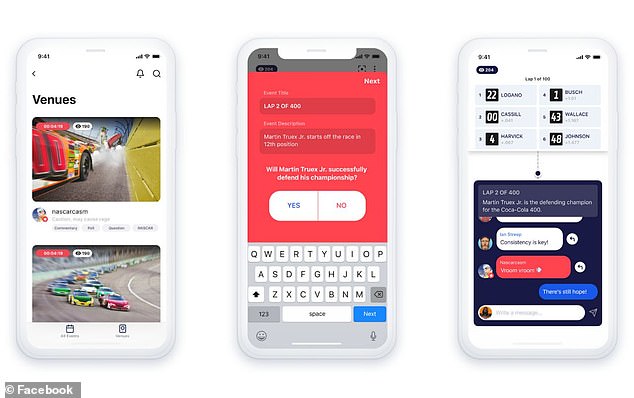 It allows users to engage with content from expert commentators like journalists, analysts, or ex-athletes during an event as updates funnel into the app in real-time in the form of notifications called ‘moments.’

Content appearing inside the ‘venues’ will include video commentary or even polls and other forms of interactive questions.

Already Facebook has teamed up with NASCAR to test out its Venues app on the ‘Food City presents the Supermarket Heroes 500’ race set to appear on Sunday.

NASCAR commentator and Twitter personality, Nascarcasm will host one of the app’s venues. 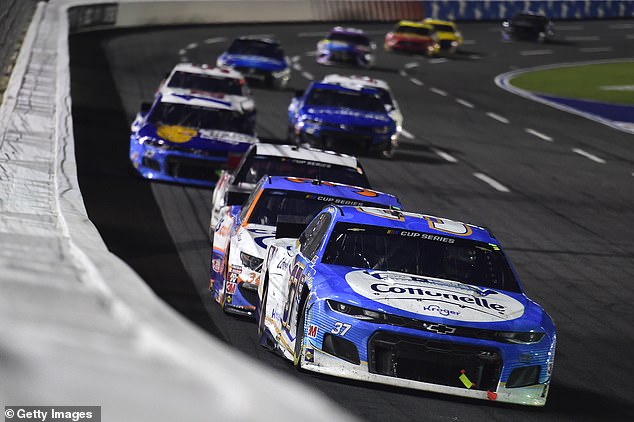 NASCAR will be Venue’s first partner and will host a channel by commentator and personality, Nascarcasm (stock)

Facebook’s Venue will look to capitalize on an emphasis around live streams that has been spurred by the COVID-19 pandemic.

NASCAR is among the first major sports to return to events in the US despite lacking that ability to host a live audience.

The COVID-19 pandemic has expedited the release of other offerings from Facebook’s experimental app division this month, including a music-making app called Collab and a group voice-calling app called CatchUp.