A SpaceX landmark rocket will be sent into space on Saturday in a historic first launch, after bad weather prevented the first launch of NASA astronauts from US soil in nine years. Elon Musk’s plans to send two Nasa astronauts to the International Space Station (ISS) will take place on May 30 at 9.33pm BST (3.22pm EDT).

The delay was decided just minutes before lift-off on Wednesday.

SpaceX wrote on Twitter: “Standing down from launch today due to unfavorable weather in the flight path. Our next launch opportunity is Saturday, May 30 at 3:22 p.m. EDT, or 19:22 UTC.”

Throughout the day weather conditions became worse, with Tropical Storm Bertha initially threatening the launch before a tornado warning was issued.

NASA has strict rules about the conditions the Falcon 9 can fly in, and said of one these rules was violated just minutes before the launch. 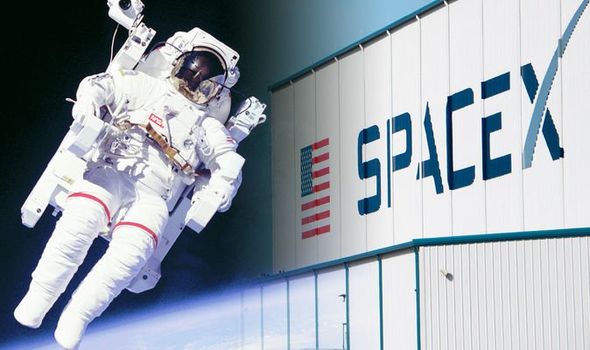 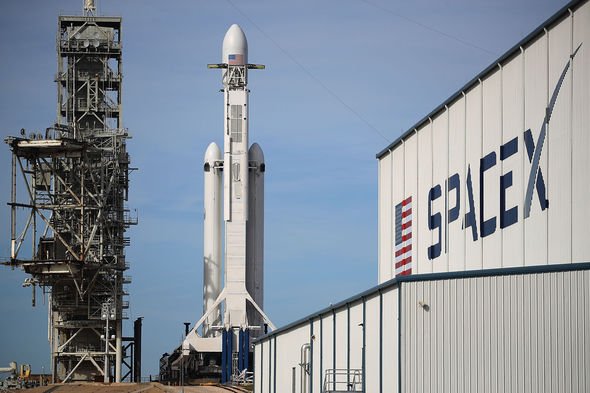 How long does it take to get to space?

Space is at the end of Earth’s atmosphere, about 62 miles upwards.

This is called the Karman Line and means you’ve gone past the Thermosphere and are now into the Exosphere.

NASA launch director Mike Leinbach said: “It takes the shuttle approximately 8-1/2 minutes to get to orbit.

“And if you think about it, we’re accelerating a 4-1/2 million pound system from zero miles per hour to its orbital velocity of 17,500 miles per hour in those 8-1/2 minutes. So it’s a heck of a ride for the astronauts. 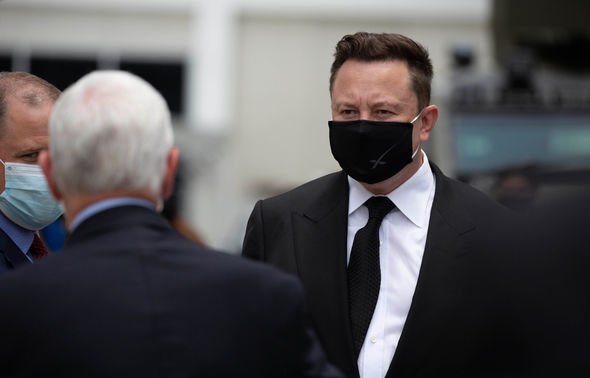 “They typically experience about three times the force of gravity during most of the ascent, and once we reach orbit, when the main engines cut off, they go from that three-G acceleration to zero acceleration virtually instantaneously, and that’s when they become weightless on orbit.”

Once astronauts are in orbit and aboard the space station, they have to keep it going at a certain speed to stay up there.

The ISS is moving at 17,500mph in orbit around the Earth.

The astronauts aboard won’t feel this speed, however, and the only sign they have is looking down to see planet Earth rotating beneath them.

How many people are in space right now?

There are currently three people in space right now.

US flight engineer Chris Cassidy has been in space for 48 days, alongside Russian astronauts Anatoly Ivanishin and Ivan Vagner.

The trio successfully arrived in orbit on April 9 and docked with the ISS six hours later. 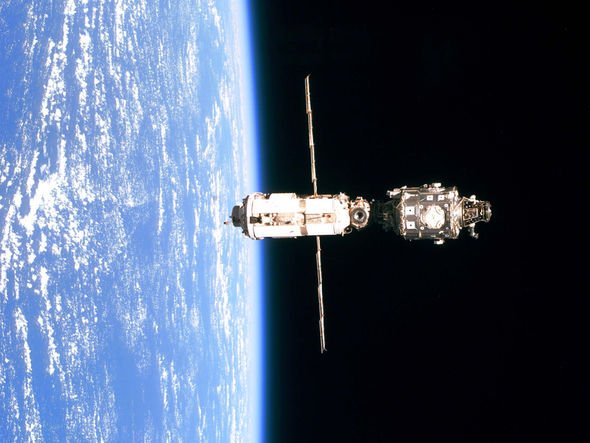 The three were joined by Roscosmos cosmonaut Oleg Skripochka and NASA astronauts Jessica Meir and Andrew R Morgan for eight days before they departed the space station.

The Expedition 63 crew are expected to welcome the Crew Dragon Demo-2 mission for a stay on board the station on May 28.

However, the mission was delayed due to bad weather.

The next attempt to launch the rocket will take place on Saturday, May 30.