Experts near Mexico City have been excavating beneath an airport and were stunned to find a graveyard of mammoths. The researchers believe more than 60 mammoth remains were discovered in what they believe was a trap set by ancient humans.

The large beasts existed there around 15,000 years ago, according to the team, and the mammoths were killed by early human inhabitants of the Americas.

As more than 60 remains were discovered in what was once a muddy area, researchers from Mexico’s National Institute of Anthropology and History (INAH) believe ancient humans would have chased the mammoths into it.

By doing so, the mammoths would have become trapped creating easy pickings.

The remains of 15 humans were also discovered beneath the airport north of Mexico City. 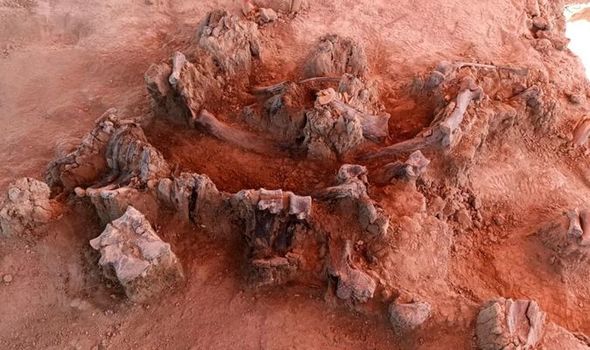 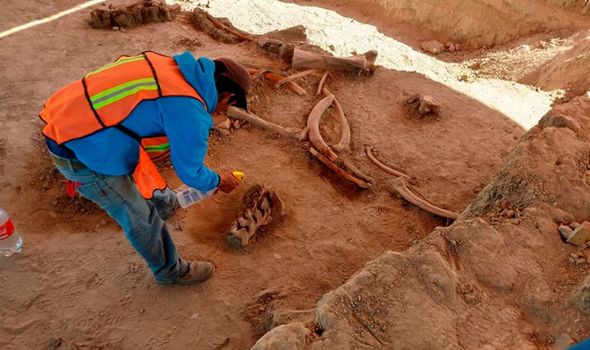 A statement from the INAH said: “About the 15 human burials of the pre-Hispanic period also discovered, archaeologists point out that they belonged to farmers who were buried domestically, since some were accompanied by pots, bowls and clay figurines, like that of a dog.

“The field team, led by archaeologist Manzanilla López, theorizes that the Teotihuacan presence at the site was not very significant and that the continuity of the settlement occurs mainly towards the Epiclassic period (750 – 950 AD), according to the ceramic types of the complex called Coyotlatelco.”

South America is a hotspot for ancient large beasts.

Earlier this month, the fossilised remains of 22 elephant-sized sloths dating back to the Ice Age in Ecuador. 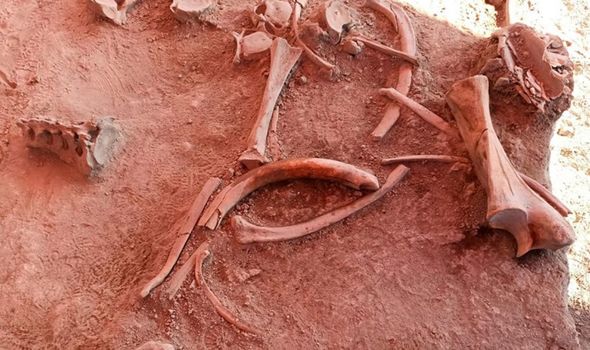 Palaeontologists made the grand discovery preserved in asphalt during a dig at the Tanque Loma site in the Santa Elena peninsula, western Ecuador.

The fossils of the Panamerican ground sloths, known as Eremotherium laurillardi, were spotted during this dig.

Experts believe these creatures roamed the Earth in modern-day Ecuador some 20,000 years ago.

The ancient animals also boasted the impressive ability to walk on two legs. 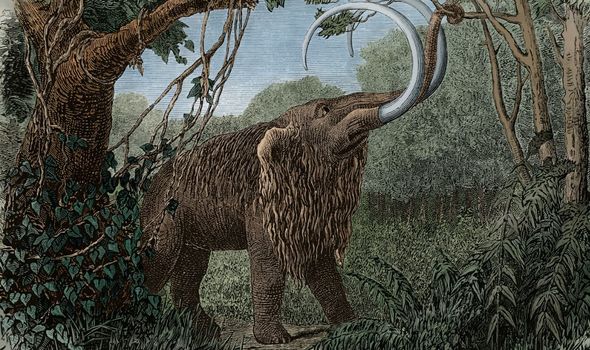 This is unlike their current incarnations who walk the Earth today.

“We now know that the Eremotherium lived in groups and had parental behaviour.”

The fossils were likely so well preserved because they had been coated in seeping asphalt.

The mammoth sloths were discovered alongside an ancient horse, a deer, an armadillo-like pampathere, and an elephant-like gomphothere.