The Sun has entered a period of reduced activity, known as a solar minimum, which happens on a cyclical pattern. Every 11 years or so, the burning heart of our solar system swings between energetic peaks and lows. When the Sun peaks in activity – the solar maximum – more sunspots and solar flares erupt.

But when the activity drops during a solar minimum, the Sun appears much quieter.

The phenomenon has led many over the years to speculate climate change could be regulated by the Sun’s 11-year cycle.

And though solar activity has contributed to brief periods of cooling in 1650 and 1715, alongside other factors such as volcanic eruptions, there is no indication the current rate of climate change is being driven by the Sun.

According to NASA’s Global Climate Change team, “there is no impending ‘mini ice age'” and human activity is to blame. 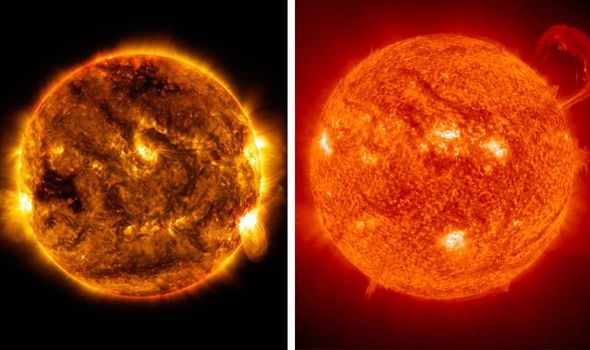 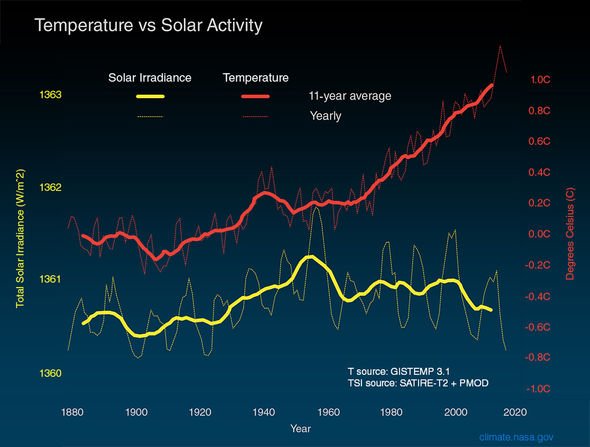 NASA said: “Through its lifetime, the Sun naturally goes through changes in energy output.

“Some of these occur over a regular 11-year period of peak – many sunspots – and low activity – fewer sunspots – which are quite predictable.

“But every so often, the Sun becomes quieter, experiencing much fewer sunspots and giving off less energy.

“This is called a ‘Grand Solar Minimum’ and the last time this happened, it coincided with a period called the ‘Little Ice Age’.”

Some scientists have proposed a new Grand Solar Minimum could occur within the next few decades.

There is no impending ‘mini ice age’

But even if a Global Solar Minimum was to take place, the effect would only offset global warming by a few years.

The planet is warming up and has been doing so since the turn of the 20th century and the industrial revolution.

NASA said: “What does this mean? The warming caused by the greenhouse gas emissions from the human burning of fossil fuels is six times greater than the possible decades-long cooling from a prolonged Grand Solar Minimum. 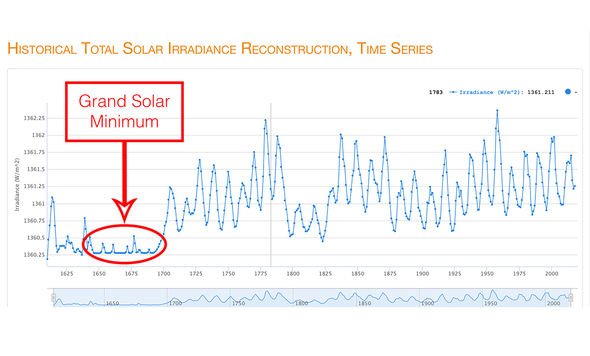 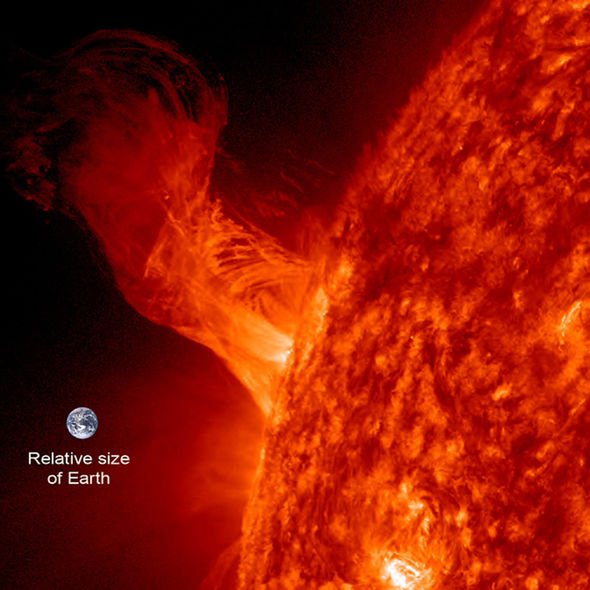 “Even if a Grand Solar Minimum were to last a century, global temperatures would continue to warm.

“Because more factors than just variations in the Sun’s output change global temperatures on Earth, the most dominant of those today being the warming coming from human-induced greenhouse gas emissions.”

Coronal holes are gaping tears in the Sun’s atmosphere where the star’s magnetic field opens up.

Coronal holes allow streams of energetic particles to escape the Sun and they can sometimes wash over Earth.

Dean Pesnell of NASA’s Goddard Space Flight Center said: “We see these holes throughout the solar cycle, but during solar minimum the can last for a long time – six months or more.”

The energetic streams from coronal holes can cause many different space weather effects in the atmosphere.

Typically, streams from the Sun produce beautiful auroras near the South and North Pole.

The streams can also cause solar storms, which have been known to disrupt satellite and navigation systems.