The Yellowstone caldera has been dubbed a supervolcano due to its capability to inflict global devastation should another supereruption occur in future. This has already happened three times in history – 2.1 million years ago, 1.3 million years ago and 640,000 years ago, leading to fears that it is “overdue” another mammoth eruption due to the average time between previous activity. The United States Geological Survey (USGS) says these claims are unsubstantial but still constantly watch the seismographs around Yellowstone National Park for signs of anything out of the ordinary.

But, thanks to a study led by Guillaume Girard, a visiting professor at Michigan State University, scientists may be able to pinpoint where the next eruption is likely to occur.

In a paper released in 2012, geologists speculated that Yellowstone’s next major eruption will likely be centred in one of three parallel fault zones running north-northwest across the park.

Two of these areas produced large lava flows the last time the volcano was active – some 174,000 to 70,000 years ago – while the third experienced the most frequent tremors in years.

By studying titanium content of these lava flows, Dr Girard’s team determined that the source of these had risen very quickly from a magma chamber some four to seven miles below the surface. 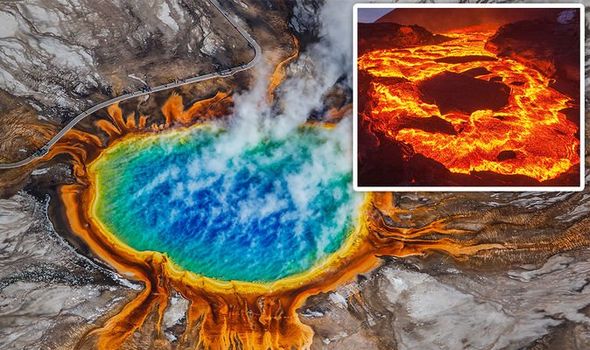 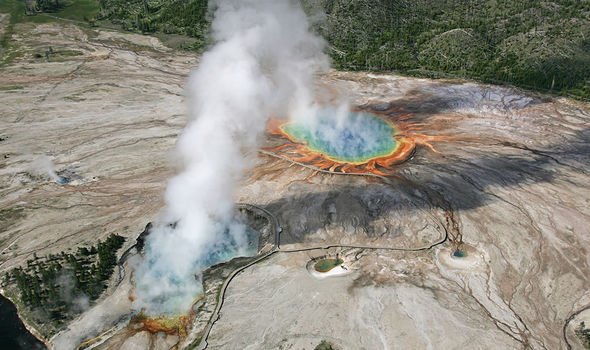 The amount of titanium in the lava flow gives an indication of the depth that the crystals formed, so if magma paused during its ascent, the content should vary from its centre to the outer edges.

But, Dr Girard’s team did not find such features, meaning the magma “rose quickly” to the surface in geological terms – which is likely to have taken place over thousands of years.

Dr Girard told National Geographic: “It is not an imminent hazard.

“Every study has concluded that there is no magma that is ready to erupt within any foreseeable future.”

Dr Girard said smaller eruptions are more likely and the chance of one happening in any given year is around one in 10,000 (0.010 percent). 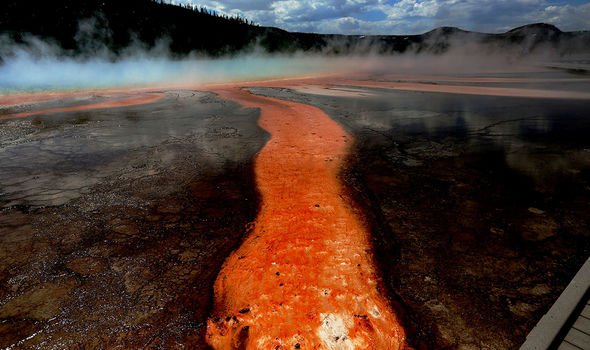 He described these eruptions as lava flows, which are not explosive, adding: “They have very, very high viscosity and flow very, very slowly.”

He added: “Some of these lava flows travel up to 20 miles.

“We have never seen a rhyolite eruption of this magnitude in human history.”

Dr Ben Ellis, a volcanologist at the Institute of Geochemistry and Petrology in Zurich, Switzerland, said he found Dr Girard’s study “really neat,” but added that eruption patterns could change unexpectedly.

He referenced an older series of eruptions that initially occurred along a series of linear zones much like those found in Dr Girard’s study, but then “shifted abruptly to a new location outside of the linear zone”. 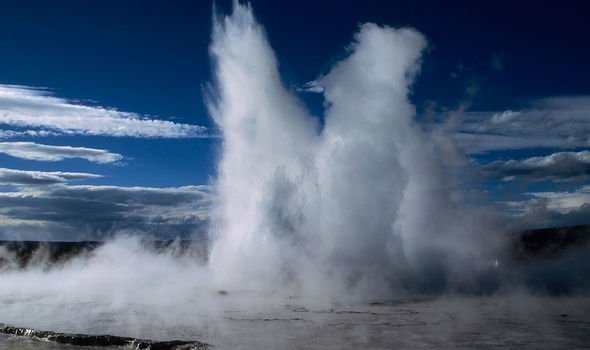 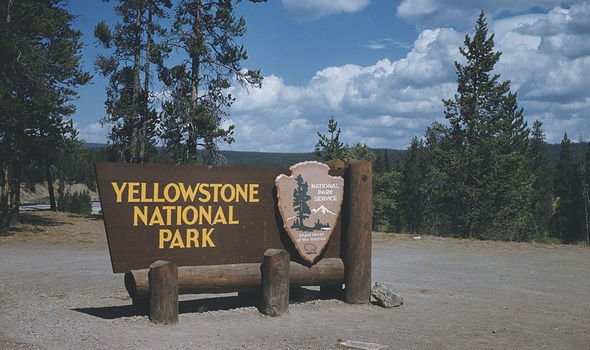 The USGS previously put minds at ease over claims the volcano is “overdue”.

Yellowstone Volcano Observatory’s Scientists-in-Charge Jacob Lowenstern said in 2014: “When you see people claiming it’s overdue, usually the numbers they come up with say the last eruption was 640,000 years ago, but it erupts every 600,000 years.

“If you average those numbers you come up with something that’s over 700,000 years.

“So, in reality, even if you tried to make this argument, it wouldn’t be overdue for another 70,000 years.”

But Dr Lowenstern did admit things could change geologically inside Yellowstone National Park at any moment.

He added: “The other thing that is important to realise is that when they do statistics based on two eruptive intervals, they are just playing games, because we don’t know.

“There’s no clock down there, the magma is going to erupt when it wants to erupt.

“There’s been a lot of things that ha