In the final book of the New Testament, seven trumpets are sounded, one at a time, to set off apocalyptic events seen by John of Patmos in his vision. According to Revelation 8:1-2 the angels sound these trumpets after the breaking of the Seventh Seal, which secured the scroll of the apocalypse, marking the Second Coming of Christ. Currently, with the devastating events around the world, including coronavirus and the locust plague on the African continent, some have theorised that these events could represent the Four Horsemen from Revelation 6 – sent to cause famine and plague – coming to life.

But, Pastor John Barnett says we are now living in what he dubbed “the silence before the storm” which will see the first trumpet of Revelation 8 sounded in the near future – a devastating event that will wipe out one-third of Earth’s trees, a promise in which he believes was proved in the Book of Exodus.

In a video uploaded last month, he said: “The doctrine starts in verse seven, the first angel sounds and hail and fire follow mingled with blood.

“Now doesn’t that sound like something Exodus? Chapter seven to 10 – the Plagues of Egypt – It’s very similar to what’s happening.

“God was judging the Egyptians because they had their false gods, he was saying ‘those gods aren’t real’. 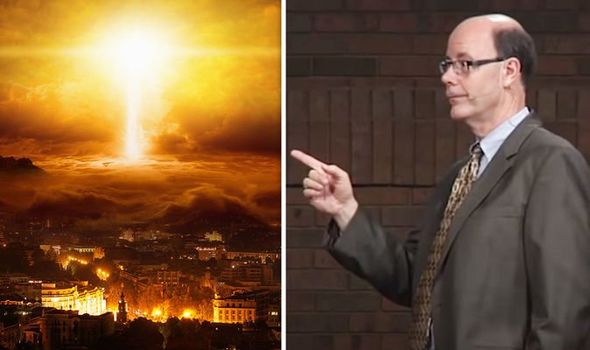 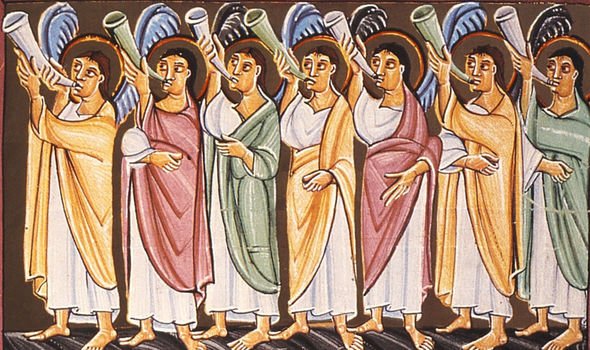 “God is doing the same thing here, he sends down hail and fire, mingled with blood and look what happens.”

Dr Barnett said events seen recently were a warning from God for humans trying to save the planet and not themselves, but dire consequences are coming.

He added: “Today, everything is going green and it’s good, we shouldn’t waste, it’s wrong to waste.

“But the go green is almost a reflection of the Mother Earth save the planet idea – no, save the people.

“The planet is hopelessly heading for destruction, save the people – there’s almost a worship of nature. 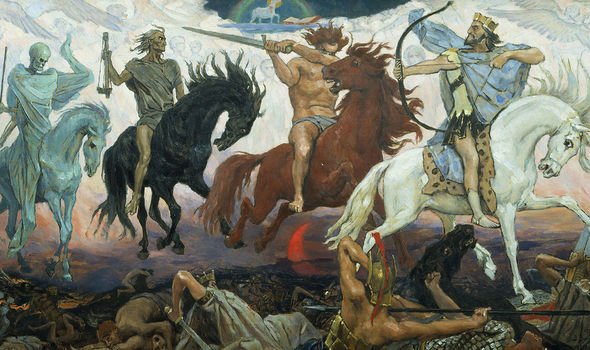 “Well, a third of the trees are burned up and all the green grass, these speak of life and signs of life – they provide food, shelter and shade.

“But God says to the world, ‘if you don’t worship me if you worship the Earth, then your food, your life and your comfort, I’ll show you that I’m the one who is the giver and sustainer of life.'”

Dr Barnett went on to claim there are many ways in which the first trumpet could come, with one being a huge volcanic eruption.

He continued: “So God lets loose, a gazillion things could cause this, have you seen all the volcanoes? If one of those breaks loose, that superheated water vapour going up to the atmosphere and a third of all trees are burned up. 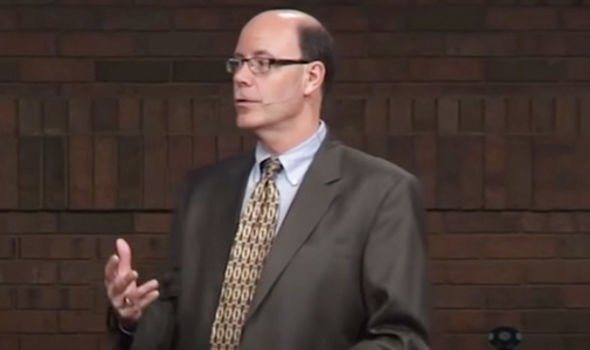 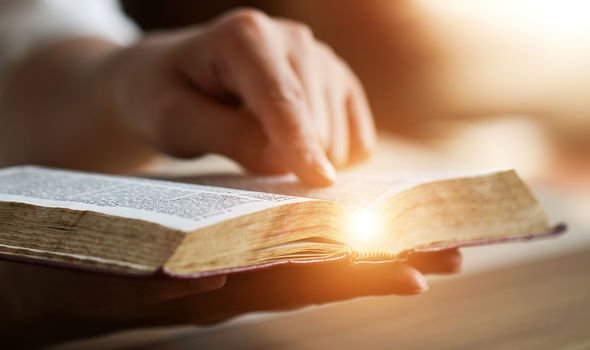 “That’s coming, that is literal, it doesn’t mean something else, God already did this in Egypt.

“He burned up and killed their animals, their crops.

“God is speaking, what a warning, what a wake-up call, people are listening and God will save people in the tribulation.”